A short video about ‘calcio-balilla’ (table football) with a demonstration of this popular game.
https://www.youtube.com/watch?v=uEUTAXp-hTY&feature=youtu.be

The Comenius Football Match In Palermo

Sicilian people have always been very hospitable and they have always shown great tolerance to people of other faiths and origins.

Traditionally young people in Sicily are actively involved in church associations as well as in the Scouts.

Young people in Palermo are becoming more and more aware of social injustice and are willing to care for and work for the destitute.

Thanks to the project, the Comenius group of students successfully organized a football match in March 2013 to raise money to bring to Malaga.

Another example is how the Liceo students have reacted to the Lampedusa migrant shipwreck in Oct. 2013. Teachers and students of  the Liceo Classico Vittorio Emanuele  have met experts, such as journalists, doctors,  NGO members, on several occasions, in order to acquire more information on the topical issue of immigration across the Mediterranean sea and how it is to be dealt with. 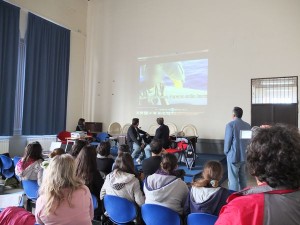 Many initiatives have been planned throughout the school year; some have been already carried out, such as a fundraising bazaar at school on 13 Dec., the proceeds of which were donated to the migrant shelter at Piana degli Albanesi, a small city near Palermo. 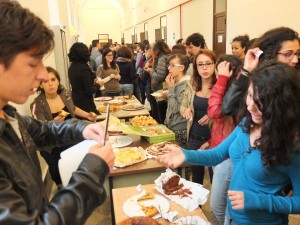 There is also active collaboration going on  with the Church of Santa Chiara in  the centre of Palermo, which  hosts several social services aimed at temporary and stable immigrants; several students and teachers from the Liceo are engaged every week in volunteer service and are  busy helping migrant children and adults with school homework, teaching the Italian language and organizing sports activities. 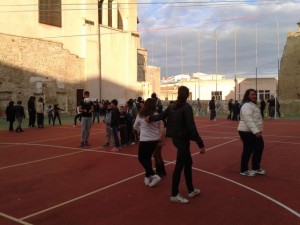 On 1 March, the day of the Migrants in Italy, the school held a conference inviting many people belonging to the different migrant communities in Palermo to discuss, together with some experts, about the rights of foreign people and to perform and share some dances and poem readings.

In Malaga the students had the opportunity of practising some sport activities they had planned in advance. On thursday evening they played some games at the beach, and on Friday morning they were practising orieenteing in a park just in the heart of the city centre and in the afternoon they came back again to the beach to play more games. Here you have some pictures of them. To see more click on both pictures. 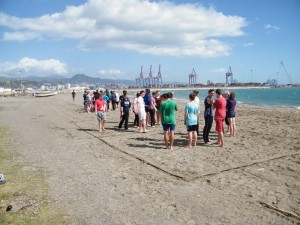 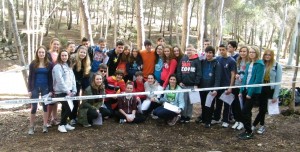