Education in Tampere from Rellustudents

Our day started with a bus drive from Tampere to Helsinki followed by a flight to Birmingham via Munich, Germany. The long journey took up nearly the whole day, from the early morning all the way to the evening. We arrived at the school and met our host  families for the first time at  6pm. having already witnessed the scenery of English rural areas between Birmingham and Stratford. During the evening we chatted with our hosts and exchanged the unique feature of our cultures. The host families received various Finnish products, such as the world famous Fazer chocolate and the timeless vases of Alvar Aalto.

We headed for the school after eating an English breakfast. Stratfor-upon-Avon school seemed enormous from a Finnish perspective – with its 2,500 students it is way bigger than any Finnish schooö. We also met the other foreign guests for the first time. Representatives from Spanish, Italian, German, Polish and British schools had arrived the previous night just like us. We got to share stories from Finland with our fellow visitors.

The main quest for the guests was to initiate the planning process for a sports event that was to be held in Malaga, Spain, a few months later. The purpose of the event was to raise money for charity and train participants’ collaboration and leadership skills.

Both of us toured around the main sights of Stratford in the afternoon. The most notable sight was the birthplace of William Shakespeare, and the other spots also had something to do with the author. Along the “The Birthplace”, the homes of Anne Hathaway and Mary Arden as well as the Stratford-upon-Avon church nest known for the tomb of Shakespeare were included in the tour. To complete the English cultural experience, the dinner of the day was ordered from a genuine “fish and chips” restaurant.

Friday morning was spent finishing the plans for the sports event and preparing a presentation containing useful tips for the foreigners visiting Tampere and their hosts. In the meantime, contact information was collected so that we could keep in touch with each other after the Stratford meeting.

The Finns parted for the Friday evening. Juuso spent the evening at school as his host partook in a sports leadership course involving coaching and playing. Giuliana, an Italian girls was also there with her host, which made further discussions possible. Maisa visited Warwick, a nearby town, with her host family, The time was well spent adoring the medieval castle and enjoying Indian food.

Saturday was dedicated to travelling as it was fairly accurately Wednesday reversed. Farewells to hosts were left in the the yard of a local hotel. As we came back home, British souvenirs, including lots of Shakespeare items were spread. The contact information gathered on Friday was immediately used as we both started online conversations with the European students we had met in Stratford. 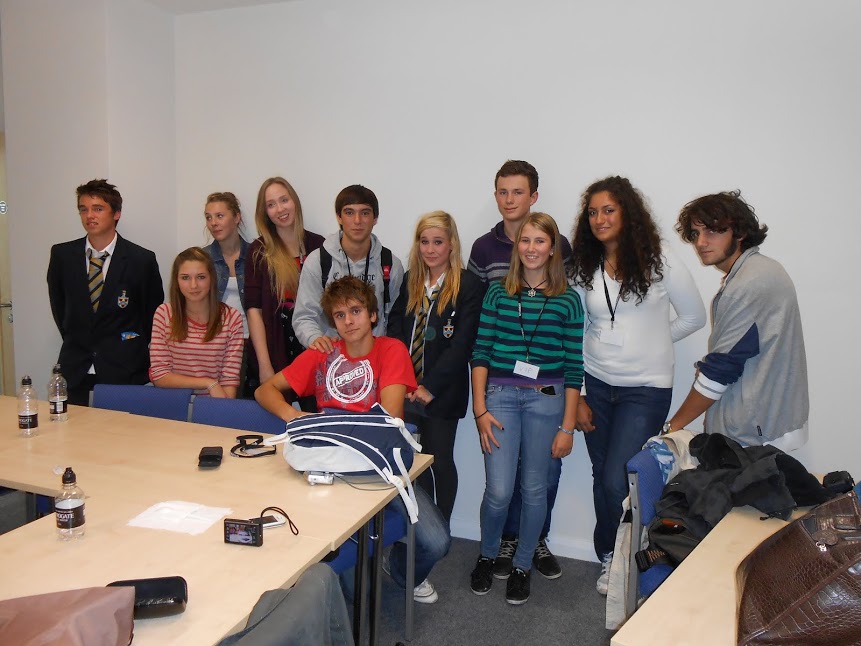